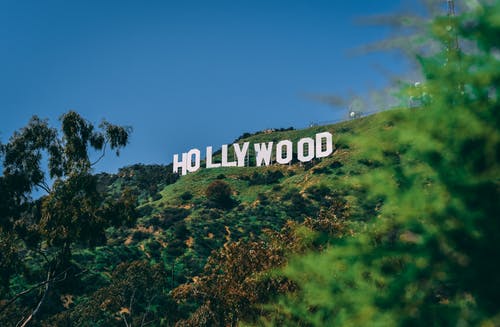 If patience truly is a virtue be prepared to have both your patience and your virtue tested for several weeks following the California Presidential Primary Election March 3.

When it comes to the speed at which results are announced, California will make Iowa look like an Olympic sprint, even if every elections office in the state operates without incident. It will drive the cable TV talking heads into a frenzy and be the source of much misinformation..

TV doesn’t like messiness. They like neat packages – polls closed at 8 p.m., we are about to shut down for the night, why don’t we have a winner to announce. California stations and reporters see it every election. It’s the networks and the national cable folks who will be driven crazy.

Somewhere about 8:30 p.m. the first results will trickle in. These will be absentee ballots received by elections offices 24 hours or more before Election Day. By 11 p.m. there will be little or no change and the talking heads will start to wonder “what’s going on in California.”

The problem in two words is volume and distance. There are a lot of people in California and it takes a long time to reconcile things at polling centers and move the ballots and tally sheets to the centralized registrars of voters.

By the time the stations are ready to sign off for the night, varying amounts of Election Day ballots will be reported in some counties. With nothing definitive to report, the talking heads will announce who “appears to be ahead” and start analyzing what it means.

Much of this will happen because elections officials will wake up the morning after the election and be faced with at least a million uncounted ballots that will have to be hand-processed. It will take weeks. These million plus ballots will be late absentee ballots and provisional ballots.

Absentee voting – voting by mail – has been increasing in California for years. Some counties have exceeded 60 percent of the total ballots. Now, the state is going all out to drive those number still higher. In some counties there will be no polling places. Every voter will receive a ballot in the mail and have to mail it back, deposit it in drop boxes spread throughout the jurisdiction, or turn it in at voting centers on Election Day.

While ballots are mailed to voters 30 days or more before Election Day, historically less than one percent of those ballots are returned to elections offices in the first week. Some 84 percent arrive in the last 12 days, including those that are turned in on Election Day. Early numbers this year indicate there won’t be a change in that pattern. As of the end of last week, only 11% of the absentee ballots had been returned statewide.

Ballots usually are processed by elections officials as they arrive. They cannot be counted until the polls close, but signatures can be checked and the ballots certified as valid so when the polls close at 8 p.m. March 3 they can be fed into machines and counted.

All well and good, except on Election Day and the day before, elections offices are busy places and ballots that arrive those days, including those that have backed up in the postal system from the weekend, often aren’t touched until the day after the election. Then the signature on each of the million or more ballots must be checked to assure its validity and assure that the voter has not already cast another ballot.

Provisional ballots are a different magnitude of complication. They are the ballots people fill out if they lost their ballots, their names are not on the registration rolls, or for a number of other reasons. These ballots show up at the elections office after the polls close Tuesday night. Each ballot has to be checked to be certain the person is eligible to vote, has not already voted by mail, or has not voted at some other location. It’s labor intensive, which makes it slow.

In the days of winner-take-all primaries it was easy – count the votes and whoever has the most wins. Now what’s important is how many delegates each candidate gets based on the percentage of votes in each of the state’s 53 congressional district as well as statewide. By the time all the ballots are counted, the election certified and the delegates awarded 28 days after the election, the cable folks will have moved on to dozens of other things.