I’m thinking this morning, after a conversation with my son Lloyd yesterday, about whether the media could do more to bring the reality of the current situation home to people.

In that conversation, I referenced an article posted on Facebook yesterday. It’s long, but instructive.

I’m thinking we’re seeing numbers in the newspaper (yes, newspaper) every day. TV is showing graphics of the number of infected people, number hospitalized, and number dead. We see reports of worldwide numbers, nationwide numbers, statewide numbers, and here in L.A. we see countywide and citywide data. But it’s all an abstraction, just numbers.

Lloyd is concerned that after a time people will grow tired of sheltering at home and start venturing out before they should, that without a mandate to isolate, just Governor Newsom’s suggestion that we volunteer, a restaurant will open prematurely and people will release their pent up frustration and visit. Seeing that, another will open. He told of how a carpet store in his neighborhood stayed open despite the “order” that such places should close.

While I understand Lloyd’s concern about human nature, I don’t wholly share it. I pointed out that as this thing continues and the numbers escalate, more and more people will know more and more people who are infected, maybe die. The graphs on TV and the numbers in the newspaper may be abstract, but when the neighbor down the street is in the hospital, or dead, abstraction gives way to reality.

I know it raises privacy concerns, but what if the newspapers and TV stations were to put names and locations to the statistics. Instead of telling us another 350 cases were reported in L.A. yesterday, why not give us the names of the people, a short paragraph about who they are and a map showing where they lived. It’s only when confronted with that kind of reality, a roster of the ill and dead, that we can hope people will view this situation with appropriate seriousness. 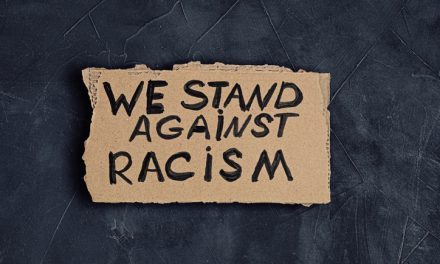