Joe Biden has a golden opportunity right now to demonstrate just how much he and the Democratic Party know and understand the needs and concerns of the working people who are the historical base of the party’s voters. So far they seem to be missing that opportunity.

President Donald Trump and Senate Majority Leader Mitch McConnell are driving to cut or eliminate the supplemental benefits that are sustaining the nation’s army of newly unemployed. From Republicans in Congress, local Mayors and City Councilmembers, and from partisan business owners there has developed a chant: unemployment benefits are so high that people are refusing to go back to work as we re-open the economy.

They are not capable of believing people are not anxious to return to work because they feel the re-opening is too rushed and returning would be a threat to their health. And they are unable or unwilling to acknowledge there are millions out of work from jobs that will not be available for sometime. Those people’s unemployment benefts also would be cut.

Now is a time for Biden to remind voters that the Democratic Party is the party of working people. Borrow from former President Bill Clinton the notion of “I feel your pain.” Use your bully pulpit to call out Trump, McConnell and all the rest as heartless, cruel, and uncaring in their drive to blackmail workers into returning to jobs at the risk of their health and that of their families.

Change the debate from masks and social distancing to the rights of working people to be protected. Underline the facts: the bungling of this administration not only worsened the coronavirus pandemic it also drove working people and small business owners to desperation. Instead of using the federal treasury to support working people, they dolled out a pittance – no more than $1,200 – in a one-time only payment to some, not all, of those whose lives they turned inside out. All the while, the wealthy continue to enjoy the benefits of the Trump millionaires’ tax cuts and the administration continues to divert billions of dollars to build Donny’s folly, a wall on the southern border.

Be merciless in your attacks on the brutality of this administration’s move to force workers to choose between putting food on their tables or risking their health and even death.

And where are the leaders of the nationwide labor unions? Why are we not seeing mass demonstrations, hundreds of people wearing masks and maintaining social separation? No guns, just signs: “Our Health Is Not for Sale”; “Justice for Working Americans”.

THE FACTS ADD UP: IT’S TIME FOR SEN. BERNIE SANDERS TO STEP ASIDE

A REPORT FROM THE FRONTLINES AT THE SUPERMARKET 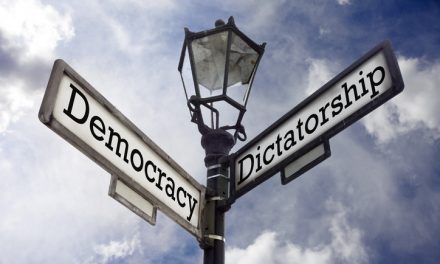