Dead people don’t vote, so let’s make sure the living are happy.

That seems to have emerged as Donald Trump’s re-election strategy: If someone gets sick and dies between now and Nov. 3, and with their last breath they hate Trump, that’s OK because they won’t be voting. But the guy down the street will be bowling, going to the beach and football games, and eating at the pizza joint. He’ll be happy and he’ll vote for Trump because of the strong, optimistic leadership that brought us back from those awful shutdown days.

There have been more than 100,000 recorded Covid-19 deaths in the U.S. That’s 100,000 grieving families and an unknown number of friends of the deceased. Every day the morning paper reports the number is going up. Those 100,000 deaths occurred in the last six weeks. We have more than five months to go until Election Day.

Those dead people don’t matter to Donald Trump. The person who should be leading the nation in a resolve to defeat the coronavirus refuses to engage in the simplest form of leadership, the wearing of a mask if not for public health reasons then as a symbol of a national commitment and unity. He flouts the advice of the medical community and gives permission to the public to do the same.

Local public tennis courts opened this week. The rules were singles only and masks required. When my friend and his friend arrive to play, they found people playing doubles without masks. Not just one pair, but many. Donald Trump gave them permission.

Even as the virus has invaded the White House, he flaunts defiance of medical experts and cheers gun-totting, sign-waving demonstrators who call for an end to measures to combat the virus. He promotes re-opening when only 10 of the 50 states have met the CDC guidelines for phased re-opening. He urges people to be warriors and bravely shun the wearing of protective masks. He demands silence from the medical persons around him and fires or marginalizes anyone who disagrees with what has become his strategy. Inspectors general are expendable. The head of the hunt for a vaccine, disposable.

Trump’s policy is not aimed at stamping out or containing the disease. It’s aimed at winning re-election in November.

The dead won’t be voting. Those who are set free to frolic on the beaches, get tattoos, dine in restaurants, attend beauty salons, etc. and are fortunate to not get the disease, those are the people Trump is concerned about. Let them enjoy life, he is saying, and “let me be the cheerleader for their enjoyment.”

The alternative? Go slow, wear masks, maintain separation, condemn those who carry guns into state houses or shoot and attack shop owners for requiring that customers wear masks, what a downer. People would be angry, surly, depressed and would vote for change if he enforced the advice of his own task force, advice he boldly announced during one of his so-called briefings and immediately said a figurative “king’s X.”

And what of those daily briefings. They were getting him nowhere. His ramblings were blowing up in his face and the very topic was negative. How can you have a happy electorate if you are delivering bad news every day?

It may be the most inhumane, cynical campaign strategy in all of history. But it’s what we are getting from this president. And all those who stand silently and let it happen or echo his platitudes, they are his enablers. 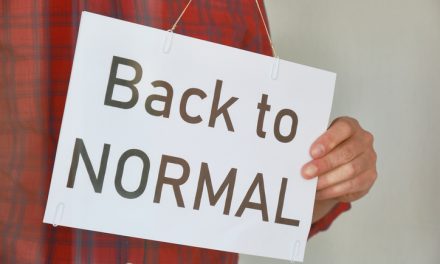