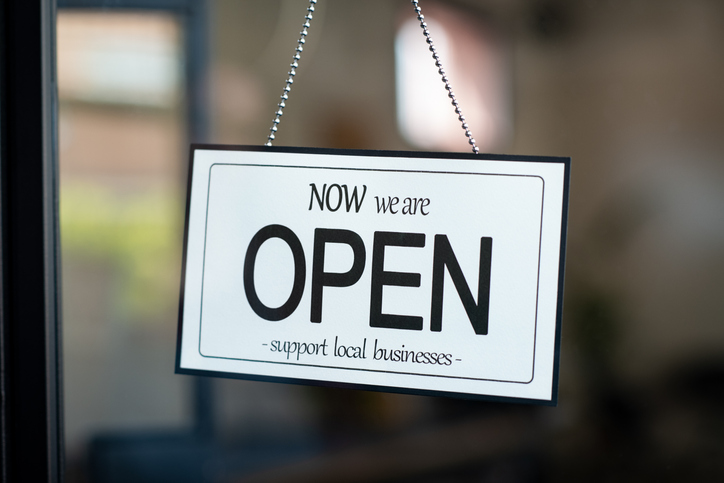 I trust the owner and managers. It’s the hedonistic, selfish, anti-maskers who keep me away.

When government officials said restaurants can re-open, they didn’t say I had to go out to dinner. And I won’t.

After more than 75 years of relishing the food and social pleasures of dining out and 10 years of publishing a restaurant website and an online food magazine, I won’t go.

It comes down to this: Los Angeles County health department inspectors visited 2,000 reopened restaurants the first weekend after reopening was allowed. They found 50 percent not complying with rules. Among the transgressions were tables right next to each other, staff not wearing masks or gloves, staff not changing gloves after contact, and customers not required to wear masks when entering.

Is it ignorance? Greed? Desperation to make up for three months of lost revenue? Trumpian civil disobedience? All of the above?

I like to believe the owners and managers of my favorite restaurants are not among the miscreants. I patronized their establishments frequently before the pandemic because I trust the quality of their operations, from the cleanliness of the restaurant to the freshness and preparation of the food. I know them by first name and they know me and what foods and wines I prefer. I still trust them.

It’s their customers I don’t trust. The ones who were in the waiting area at the car wash the other afternoon with masks hanging from an ear or around their necks while arrogantly refusing to put them on their faces. The ones who parade around the streets with no masks and no concern about social distancing. The ones playing close-contact basketball with no masks in the park I passed a few days ago. The ones who are the subject of columns in the L.A. Times by writers trying to understand mask resistance. The ones whose selfish behavior brought Governor Gavin Newsom to issue a statewide mask mandate last week.

Too bad it came to this. The mandate is nice, but I have no more confidence that my fellow humans will follow that directive than they did the countywide requirement they shunned before the state stepped in. There’s no one around to enforce it. Certainly not the staff at the car wash, or local police or health department staff. It’s been hoped from the start that masking and social distancing would be accomplished out of a sense of civic responsibility. Most of us have done that. Too many have not.

And feckless politicians have caved. Let 25 or 50 people show up at a Board of Supervisors or City Council meeting demanding “freedom from the tyranny of masks” and the politicians bush aside the advice of their own health department officials to relax the restrictions and rush to open businesses. In the meantime, the majority of us, those who believe the science and the health experts, we don’t demonstrate in the streets or march on meetings. Polls say we are the majority. We just aren’t loud or in the face of the politicians.

So, why should I believe that at least a few of those hedonistic, privileged anti-maskers aren’t going to be at the next table in the restaurant, even as the restaurant owner tries to be responsible.

Diners can’t wear masks while eating. A check of their temperature at the entrance could indicate they are not actively infected at that moment. It won’t assure they aren’t pre-symptomatic. Based on everyday observation, I expect many of them would not have worn a mask at any time in recent days, nor would they have been particularly concerned about social distancing.

In the meantime the rates of infections reach record numbers and the number of hospitalizations remains constant.

The real victims are the restaurant owners who are trying to stay afloat but cannot attract me and many others back for the reasons stated above. I’m sorry. I’m really sorry. Restaurants and food are a major part of my life. I know my position puts restaurants at risk. But those of us who are being responsible and respectful in this time of crisis are not the problem. If our caution causes difficulty for restaurant owners, the ones to blame are those whose wanton, selfish lack of caution puts us at risk. I’m in a high risk category because of my age. I live with someone at extremely high risk owing to underlying factors. So, I won’t be back anytime soon.

I was tempted by an email I received from Musso and Frank Grill in Hollywood this week. It outlined an exemplary reopening plan. Nothing was overlooked. I love this restaurant and know and admire the owners and management. They can assure the testing of their staff, the disinfecting of the facility, the spacing of the tables, the cautions at the door and with the valet parking system. What they cannot assure is that the guy at the next table was not walking maskless down the street, bumping into people to get here. As a matter of fact, if you believe in the law of probability, at least one of them was.

So, until I see a sea change in the behavior of those around me, I won’t be back.

(This essay also appears at www.tabletalkatlarrys.com, the online food magazine.)