Most pundits and polls show the mishandling of the coronavirus and the resultant economic disaster as key reasons why former Vice President Joe Biden is expanding his lead over Donald Trump in the Presidential race.

That makes sense because Trump’s handling of the situation has been abysmal in a million ways and he continues to dig the hole deeper.

But consider this for a moment: In a few weeks universities and colleges across the country would be opening under normal circumstances. That would be accompanied by voter registration drives on the campuses. The Biden campaign would stage rallies and other events to build enthusiasm among students. Then there would be a massive get-out-the-vote effort. That’s a key chapter in the Democratic play book in every Presidential election.

This year there will be no students there to register or turn out to vote. Instead, those students will be spread out all over the state and beyond in the case of out-of-state students. It will be a massive and almost impossible chore to get them registered and out to vote whether the effort is to register them at a campus address or a home address. First you will have to find them.

There will be legal challenges if they try to vote at an address on or near the campus, even if it was their last address before the campuses shutdown. With the conservative bent of the judiciary, we can expect a string of decisions finding that remote learning does not qualify as residence in the campus community. Registering them at those campus-related addresses also would be non-productive when it comes to getting out the vote and absentee ballots would be sent to addresses where the students wouldn’t be.

It is doubtful schools would make student contact information available to the Biden campaign, the Democratic Party, or anyone else, which is as it should be. So, tracking down individual students to get them registered would not be possible.

As long as the school doesn’t advocate for any candidate, these are proper activities. This can happen if the Biden campaign and the Democratic National Committee activate the state parties to deal with the colleges and universities. If administrators are reticent, they may have to get faculty unions, student body officers and others involved in advocating for it. And as long as it isn’t partisan there is no defensible reason to not do it. The students will be attending classes online. This is an efficient way to get them the additional information.

How big a problem could this be for the Biden campaign? Not a problem at all if they can win a state without relying on the student vote. A major problem if the election is close.

The impact on the Presidential race can be mitigated by getting to students to cast ballots from the decentralized locations. All the votes cast in the state go into one pool. The impact on congressional races and state legislative races could be more significant. Tens of thousands of potential voters will not be eligible to vote in those district elections. In the case of state legislative races it could effect decisions on redistricting that will have an impact for a decade.

Not all students would be registered to vote in a normal year and not all who did register would vote for Biden. But it’s a safe bet there is a huge upside for Biden to get as many students as possible registered and voting.

All this will not involve incoming freshmen, who would not have been registered in the campus community last year. Even the impact among sophomores might be slight because last year was an off year as far as elections go. But for juniors, seniors and grad students who have been in the community for several years, the impact could be significant.

Not long ago, Trump demanded the colleges and universities open for the fall term. He got push back and suddenly dropped the idea. I immediately wonder who in his organization pointed out the reality: voters congregating in campus communities, where they could easily be organized, registered and turned out to vote is not in his best interest.

If the Biden campaign and the state parties overlook this challenge or fails to deal with it aggressively the coronavirus could end up helping re-elect the guy who turned it into a pandemic. 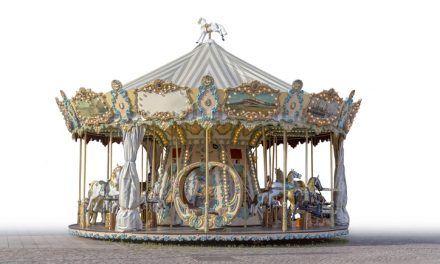