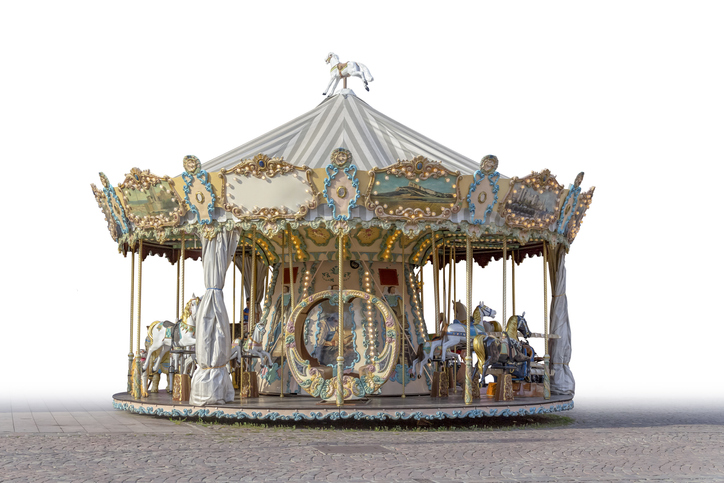 The United States is on a public health and economic merry-go-round that shows no sign of stopping or offering any way to get off. Consider this:

• We are in the current pandemic / economic mess because the Trump administration bungled the response to the virus in the first place. Instead of confronting it head on with medical and scientific experts in charge, Trump denied it existed.
• The bungled response led to a public health crisis the caused a shutdown of the economy.
• The shutdown of the economy caused a disaster that hit working people and small businesses in the pocketbook.
• The Trump administration and Republican leadership in the Senate crafted an ineffective response to the economic disaster, parceling out financial support that was not sufficient to enable workers to stay home or small businesses to stay closed.
• That caused a pressure to reopen before any of the benchmarks for safety had been reached.
• The premature and overly zealous reopening caused the virus to spike, increasing the numbers of people infected, taxing the capacity of hospitals, and driving the death rate higher.
• The surge of the virus is causing state and local governments to reverse the reopening orders.
• As he did at the beginning of the cycle, Trump is once again bungling the response. He once again says the virus will just go away. He once again leaves decisions to state and local governments, where political pressures are the greatest.
• Within hours of announcements of new public health directives, attorneys have challenged the authority of officials to take those actions. Response to the resurgence of the health emergency is piecemeal, subject to the political pressures in the various states, counties and cities and the political ideologies of elected officials who are not equipped to handle the situation. Once again, the scientists and medical experts are shuttled aside for the politically expedient.
• None of the underlying issues that created this cycle have been addressed and the merry-go-round continues to spin.

To put the brakes on this horrific ride the federal administration must seize control and order a lockdown in significant parts of the nation – stay home, businesses closed, federal financial support for those out of work and small businesses that are closed, masks required when out of the house even with social distancing, no mass gatherings, no fireworks shows, beaches closed, etc. Let the science drive the response and back it up with law enforcement. Citations and fines for scofflaws. Loss of license for bars, restaurants and others that don’t comply.

None of this is likely to happen because neither Trump nor the Republican Senate leadership believe in government except with regards to how it benefits them and their supporters financially. They are not willing to use government to meet the challenge. The Senate Republican leadership will go only so far in diverging from Trump for fear of embarrassing him and risking retaliation. Senate Republicans, who were willing to throw billions of dollars into subsidies for major corporations, balk at continued subsidies for small business or extending support for increased unemployment benefits.

What we are left with is a situation that will continue to spin until a new administration takes control in 2021. In the meantime, we will tally the dead and curse those government officials and irresponsible citizens among us who refuse to do what is necessary to protect us.