FACT #1: If Americans truly wanted to be rid of racism they would have and could have done it a long time ago.

FACT #2: Millions of Americans, who reacted in opposition to the death of George Floyd under the knee of a police officer and the killing of other black people by police, dislike violent demonstrations more than they dislike racism.

Put these facts together and you have good reason to be concerned about the November presidential election.

Three weeks ago, before the two parties held their national conventions, I did an Electoral College projection that showed a 300 vote threshold for former vice-president Joe Biden with a strong possibility of him reaching 333 votes and a chance to hit 348 votes. To win the presidency requires 270 votes.

Now I have revised that projection downward and give Biden 268 certain Electoral Votes. The rest I moved into a “wait-and-see” category because I want to see how the public reaction to the demonstrations in Kenosha Wisconsin and Portland Oregon plays out.

President Donald Trump has cast his entire campaign on his ability to rally voters behind him as the defender of peace on our streets. With everything else working against him – mismanagement of the COVD-19 crisis, a tanked economy, discomfort over the chaos that has surrounded his entire time in office, his persistent lies, his cozy relationships with multiple dictators, his open appeals to racism and a raft of other issues – a naked racist appeal to law and order appears to be the only path left for him.

If the demonstrations and the violence were to stop today it would be in Trump’s self-interest to revive them, even to the point of employing agents provocateurs. If he hasn’t already done that, then bands of white nationalists and white supremacists and the occasional free agent loose nut are performing the service for him.

Biden has publicly and repeatedly condemned the violence while supporting the right to peacefully demonstrate. It’s a solid intellectual position, but it doesn’t hit at the guts of those who are repelled by what they see as extremism – the repetitive TV footage of buildings burning and police squaring off with demonstrators. These are the people who told pollsters how strongly they opposed the killing of George Floyd and supported police reform and then went back to their everyday lives. And in those everyday lives, those people decry racism but do nothing about it. Many knowingly or unknowingly perpetuate racism.

These are the people who hold the fate of the nation in their hands. Will they look at Trump and the demonstrators and conclude that Trump is the larger threat, the bigger problem, and that he represents the reasons for the demonstrations? Or will they look at the violence and say it wouldn’t happen if “these people” would work within the system for change instead of taking to the streets.

So here’s the conundrum for the Biden campaign: Trump went to Kenosha and the liberal media went crazy because he “didn’t visit the Blake family” or mention shooting victim Jacob Blake’s name. Come on. Why would he? That’s not whose votes he’s after. He’s after white voters who are not threatened by racism because they are not victims of racism. But they live on edge in fear that the demonstrators they see on TV might next march into their neighborhoods. They believe that because Trump and his minions pound the notion into their consciousness all day, every day.

The Biden campaign needs to realize that the demonstrations are likely to continue through Election Day and as long as there are well-meaning, peaceful demonstrators there will be the probability of violence, be it burning buildings, hurling missiles at police, or armed opposition. And if the demonstrations should cease, the Trump campaign will keep the images and the fear alive in TV commercials and Trump’s own rhetoric.

Every time Biden denounces violence and defends the right of people to demonstrate peacefully, and he must do those things, he will be underscoring the legitimacy of that issue in the minds of voters and helping Trump elevate the issue to pre-eminence.

To counter Trump’s fearmongering, the Biden message must be that his economic recovery team and pandemic recovery team will be formed before Inauguration Day and ready to move into action within minutes after he takes the oath of office. It must be a message of promise and optimism that we can put the disaster of the Trump years behind us. 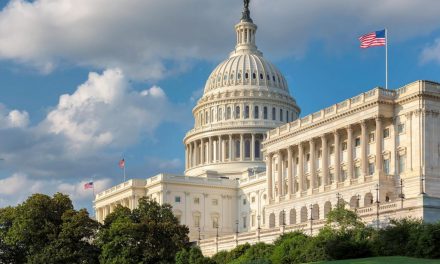