In a perverse way, it may be the best thing that could happen to the Presidential campaign of Vice President Joe Biden right now might be a speedy nomination to fill the vacant Supreme Court seat and a quick confirmation by the Senate. (To all our liberal readers, read on before hitting the outrage button on the comment line.)

The Biden campaign has been holding a solid lead for months. The issues of the campaign have been President Donald Trump himself along with his mishandling of the coronavirus pandemic and the economy. The Biden campaign does not want to change the subject. A pitched battle over the Supreme Court seat could do just that.

There is ample evidence that some slice of the electorate, including some Republicans, are tired of Trump and his shenanigans. Those people were showing an inclination to either stay home or skip the Presidential line on the ballot. A battle over a Supreme Court seat could change that dynamic.

This election rests in the hands of people who voted for Barack Obama twice and then switched to Donald Trump, the polar opposite. Those voters have shown every indication of abandoning Trump in November and their shift is driven by Trump’s own performance. Joe Biden doesn’t need those people distracted by a fight over where the new Supreme Court justice will be on hot-button issues like abortion, gun rights, immigration, and the like.

Trump has said he will put forth his nominee within the week. We can expect a Pavlovian response from Democrats, who will tell us all the reasons they find that person unacceptable, and from the media, which has been hunting for something to liven up the coverage of a campaign that so far has been somewhat lackluster.

And just like that the subject is flipped from one Trump is losing to one that could rescue him.

Contributions of the Biden campaign and other supportive groups sky-rocketed in the hours after the death of Justice Ruth Bader Ginsburg. Those most likely were coming from people already supportive of the Democratic nominee and not necessarily reflective of an impact on voter turnout. Democrats have been energized to turnout to the turn out Trump. Any impact a Supreme Court battle might have on Democratic turnout would be on the margins.

It’s the Republicans who have had to worry about turnout, not just in the Presidential election but also in several key races that will determine control of the Senate.

There is a chance that Trump’s nominee is so controversial as to become yet another anchor around his neck and reinforce the notion that he needs to be ousted. That could drive some Senate Republicans to duck for cover and leave Trump and Senate President Mitch McConnell short of the votes for confirmation. Three Republican Senators already have said they believe the confirmation vote should wait until after the Nov. 3 election. It would take a fourth to stall confirmation. That, of course, would not stop those same Senators from voting to confirm later in November or in December. No matter what happens Nov. 3, Republicans and McConnell will control the Senate until Jan. 3. But by winning the Presidency and control of the Senate Democrats would have a solid argument to put the whole thing off until after Biden is sworn in Jan. 20.

The notion of a confirmation vote before the election is somewhat problematic. It often takes two months to get through the process of confirmation hearings before the actual vote. But with Mitch McConnell in charge of the Senate anything could happen. After all, he denied a confirmation hearing for an Obama nominee for 10 months with the argument that it should be the new President who selects the new justice, an argument he conveniently brushes aside now.

There is an argument that might find purchase for the Biden campaign in the short term. That is the notion of fairness and balance. The hypocrisy of the McConnell position could influence those Obama / Trump voters who hold so much sway over this election. By their behavior, the have indicated some inclination toward balance. Further influencing those people may be the argument that conservatives currently hold five of the nine seats on the Court. Confirmation of another Trump nominee would give conservatives a 6 – 3 edge that would last for decades. The Biden campaign could argue that is not what American voters expect of the highest court in the land. It’s an argument that would mean little to the anti-abortion or pro-gun zealots, who were never going to vote for Biden. But it may have some appeal to those voters looking for balance and fairness. 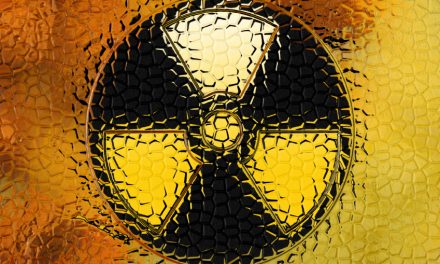