A BIDEN WIN WILL MAKE ME FEEL BETTER, BUT NOT COMPLETELY GOOD

As I sit here the Saturday before the election I feel fairly secure that if I decide to leave the United States it won’t be because President Donald Trump has been re-elected.

Michigan, Pennsylvania and Wisconsin began the year as the crucial three. Those states voted for Trump in 2016 after voting for President Barack Obama twice. Add them to the states Hillary Clinton won in 2016 and the Democratic candidate would be elected. Because of the heavy absentee voting in this election and because these three states restrict the ability of elections officials to process ballots early, the race could be over before results in these states are finally official.

Some analysts still rate Florida as a toss-up. That may be a sincere belief or it may be a desire to make the election look competitive so we’ll keep watching. Florida voted for Obama twice before flipping to Trump in 2016. I think the Republican assault on the Affordable Care Act and the character of Donald Trump will drive the heavily senior citizen vote and the state to Biden.

Arizona appears poised to punish Trump for demeaning the late Sen. John McCain. That, plus demographic shifts and strong efforts by in-state Democrats should push the state to Biden.

Here are the states I have listed for Trump along with their Electoral College votes:

Democrats have had their eyes on Texas with growing anticipation in recent years. I doubt the state is ready to cross over yet.

My friend veteran pollster Gene Bregman disagrees with me on two states. He gives Georgia to Biden and offers solid reasoning. More than half a million new voters registered in Georgia since Democrat Stacey Abrams came within less that two points of winning the governor’s race in 2018. Early voting has been extremely heavy; younger voters are turning out in good numbers and polls of the already-voted are tipping solidly toward Biden. While I have put Iowa down for Biden, Gene says he isn’t ready to do that.

Two weeks ago I had Ohio with 18 Electoral votes and Indiana with 11 on my not sure list. I have given both to Trump. Some pundits think Ohio is in play for Biden. Two years ago, while the rest of the nation was tilting heavily toward Democratic candidates, Ohio voters elected Republicans to every statewide office except for the U.S. Senate.

I held out hope for Indiana because Obama carried it twice. But it’s the home state of Vice President Mike Pence. While it may be closer this year than it was four years ago, it probably stays with Trump

I wrote a couple of weeks ago in a letter to my two sons – Fears of an American Father (https://www.thepoliticaldish.com/2020/10/the-fears-of-an-american-father/) – that our family should consider leaving the U.S. if Trump were re-elected because it would represent the nation’s embrace of fascism. Now that it appears fairly certain that Trump will not win, I am still mindful of how many millions among us are willing to endorse his brand of right wing governance continue. I may not leave, but I never again will be able to look on the United States in the same way as I once did. 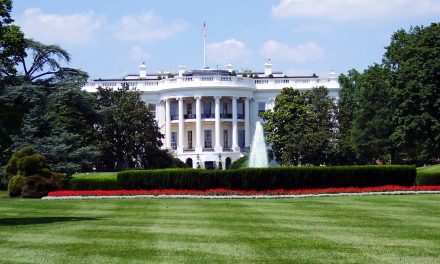