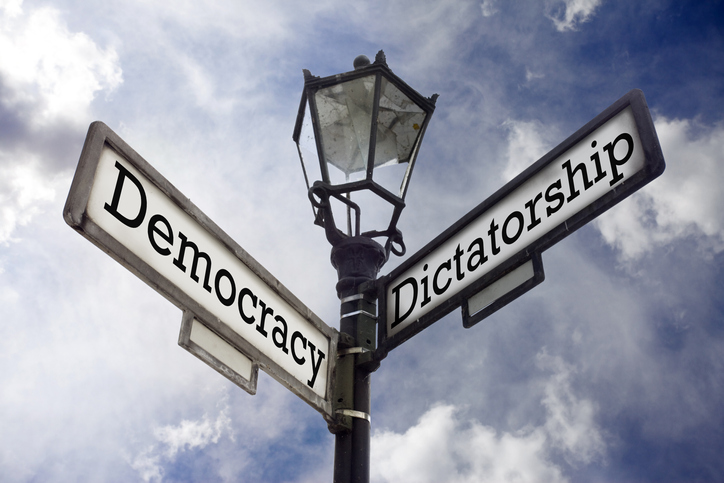 A letter to my two sons:

I hope, with every fiber of my being, it will not come to this, but I believe if Donald Trump is re-elected I cannot remain in this country. It would tear me apart to have to leave you and my grandchildren behind to face what I fear will happen, so I am asking you to consider what I am about to say carefully.

I have celebrated what this nation has stood for since I was a young boy, even as I have had to admit it never has lived up to the promise of its lofty ideals. When I was 8 or 9 years old, I made a scrapbook of many of the inspiring speeches of the Revolutionary War period. I revere the Declaration of Independence and you have seen the emotions I feel when I talk of walking on Omaha Beach on the anniversary of D-Day. You know how passionate I am in my desire for social and economic justice. So, you know I do not come to this lightly.

It is not my intent to minimize the horrors of the Nazi monster Hitler, but I believe our nation is traveling down the path he forged 85 years ago. In the coming election we are being called upon to decide if we will continue along that path.

As difficult as this is to contemplate, I am prepared to leave the United States forever if Donald Trump is re-elected, not only for the evil he represents himself, but even more for what it would say about the country. A nation that would elect Trump and then re-elect him is not a country in which I would want to live.

Donald Trump has unleashed vile and dangerous forces in our nation. With his rhetoric and actions, he has emboldened them to bring their racism and anti-Semitism out of the shadows and into the full light of day.

Just as Hitler inspired Aryan thugs to smash Jewish businesses and burn and deface synagogues, Trump has inspired torch-bearing thugs to march through the streets chanting the beliefs they previously voiced in private: “Jews will not replace us.” Even as Trump professes to love Israel, and by extension Jews, he cannot bring himself to condemn the acts of the hate-filled forces he has impowered, forces that would not hesitate to see us expelled from this nation or even dead. What little restraint the white nationalists and white supremacists may feel now, and there isn’t much restraint remaining, would fall away if the American people acquiesce and Trump is re-elected. Even if he is defeated, it is difficult to find solace in the tens of millions of people who give their approval of neo-fascism with their votes.

The mass rallies of chanting loyalists organized as shows of support for Trump are frightening reminders of the indelible images of rallies organized to support Hitler and his Nazi regime. Then they chanted “Seig Heil”. Today those who attend Trump rallies chant “lock her up”, or “CNN sucks”, or any number of other words as he commands.

There are those who say, “It can’t happen here.” I believe it already is happening here and the lawlessness of the Trump administration is approaching the level of what history shows us occurred in Europe in the 1930s.

At Trump’s direction, members of his administration and others defy congressional subpoenas and ignore court orders to obey those subpoenas. When they do appear in front of congressional committees, they are belligerent and combative, and they lie, secure in the knowledge that Attorney General William Barr will not prosecute contempt charges against them.

To protect Trump from electoral challenges, four states controlled by Republicans cancelled their 2020 primary elections. Many states under Republican control and Trump influence are erecting legal and physical barriers to participation in the upcoming election and to the counting of ballots.

Trump has refused to commit to a smooth transition of power should he lose, his minions have threatened to challenge the validity of the election, and he has said he might want to stay on beyond his second term. Those around him claim he is joking. But, as we have seen, Republicans in congress and state governments are willing to do unimaginable things to protect. I have no trouble imagining those same state legislators would cancel elections in 2024 to allow him to stay in office and I have no trouble imagining the courts he has stacked with conservative ideologues would find a rationale to permit such action, even to the point of finding the term limits on the Presidency to be unconstitutional. In four more years, his takeover of the judiciary could be complete and form a legacy that would last for decades.

When Trump boasts there will be violence in the streets if he is not re-elected, is that not a message to the white supremacists and white nationalists who he has told to “stand by?’

When we look at the dragnets to arrest the “others” and deport them from the U.S., can we not see the shadows of Hitler’s ethnic cleansing? When ICE locks people in private prisons, is that not a version of Hitler’s mass detentions? Hitler closed the borders in his grab for power. Trump wants to build a wall to keep “them” out. Can that same wall not become the means to keep “us” in? The “others” of today are Mexicans, Muslims, and people from undefined “shit hole” countries. Why should we not find it credible that in a second term the list could expand as he needs new enemies to demonstrate to his supporters that they still can count on him?

Hitler sent storm troopers to quell opposition. Trump has sent federal troops into American cities, where local officials not only did not request them but actually asked that they not be sent.

Hitler called the mainstream media the “lying press.” To Trump, they are “fake news”. The Nazis gave people free radios with just one station that carried only Hitler’s speeches as he sought to bypass and marginalize the legitimate media. Editors and intellectuals were arrested. Trump advocates a government run TV station and he withholds press credentials from reporters he deems not favorable. As Hitler spewed his propaganda on his radio station, Trump tweets his own rantings and re-tweets the outright racism of white nationalists and white supremacists.

Hitler railed against Jews, intellectuals, gays, and others to rally support for his advocacy of a Master Race. Trump rose to prominence in politics by leading the racist “birther” movement. He began his presidential campaign by demonizing Mexicans. Later, as president, he sought to block Muslims from entering the country and continued his assault against Mexicans and Central Americans.

There is no reason to believe he would not take re-election as a sign of approval of his actions, a mandate to continue. To one in constant need of reaffirmation, “continue” would equate with escalation.

My fears are for both our country and our personal safety if we remain here should he be re-elected and is rooted in the knowledge that tens of millions of our fellow citizens not only condone these actions, they are prepared to vote to continue them. Those people will still be here, even if Trump is defeated, and they will stand ready to vote for the next neo-fascist demagogue who comes along.

As strongly as I feel about this, there is the question of how I could go and leave you behind, you and my precious grandchildren? How could I leave you to the hateful mobs, the ones who would beat you and kill you if given the chance, the ones who shoot at Latinos and African Americans and burn synagogues and black churches and mosques and profess their hatred of Jews without shame on public streets. The ones who plot to kidnap the governor of a state, who march in the streets with weapons meant for warfare, who train for the race war they seek to foment. The ones who Trump tells to “stand back and stand by” as he refuses to condemn them and spews violence-inspiring rhetoric to grant them permission.

I realize the difficulty you would face in weighing my suggestion, how to earn a living in a foreign land, uprooting your children from their schools and their friends. In their youth they feel secure, not yet able to grasp fully the lessons that history is presenting. Then there is the difficult matter of where to go. Anti-Semitism flourishes in many parts of Europe. Right wing politicians give Trumpian license to nationalist movements and other threats to democracy. Many of the desirable potential destinations make it very difficult to relocate.

I ask myself: what if I don’t go? To sit by in silence is not in my nature. Many tried that in Europe 85 years ago, not believing or denying what they saw happening. They and the world paid a dear price. Am I too old to be part of a resistance? Would a resistance not meet with a violent response from conservative forces of the military and police. And from what we know of Trump and his supporters, is there any reason to expect that response would be anything less than deadly? Have we not already seen how white nationalism can flourish in the military and police departments?

Please give the most serious consideration to what I propose and the reasons why. The thought that I might have to leave you and your families behind is chilling, partially because of the separation it would create and partially because of my fear for what could happen to you and my grandchildren should you stay. I see this decision as no less critical than the decision many faced in Europe in the late 1930s, before it became too late.

With all my love,
Dad

A BIDEN WIN WILL MAKE ME FEEL BETTER, BUT NOT COMPLETELY GOOD

THIS IS ABOUT ARROGANT, IGNORANT, UGLY AMERICANS WHO ARE IMPACTING THE REST OF US