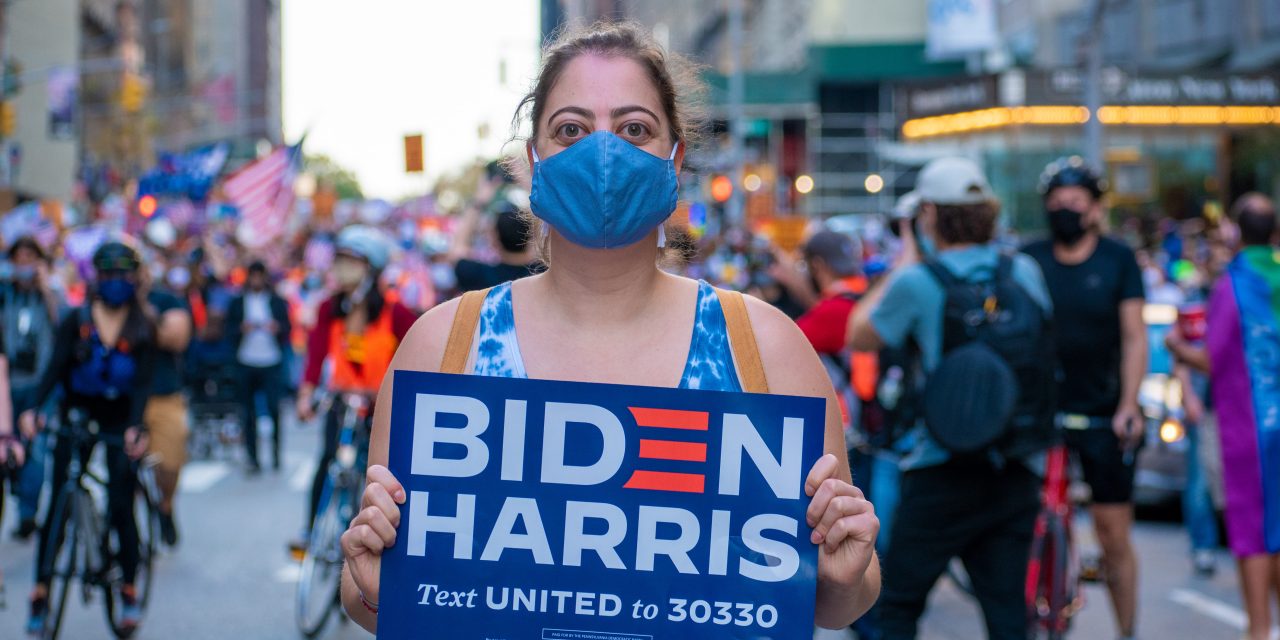 Two years into Barack Obama’s first term as President, Republican Senate leader Mitch McConnell said it was his goal to make Obama a one-term President. While McConnell didn’t accomplish that goal, he spent the next six years in a pitched effort to block any and all legislative initiatives that originated in Obama’s White House.

Now, the Republican Party has embarked on a course aimed at thwarting President-elect Joe Biden’s ability to govern despite Biden being elected with more votes than any other candidate in the history of the nation and by one of the largest margins in recent history.

It started even before President Trump’s fevered campaign to cast Biden as an illegitimate President whose election is the product of fraud. Seventy percent of the nation’s Republicans have told pollsters they believe that lie even after more than half a hundred judges in courtrooms across the land, including many who were appointed by Trump, rejected those allegations, often with harsh rebukes of the lawyers representing Trump.

Trump was aided in his effort by McConnell, who refused to acknowledge Biden’s victory until it became impossible to deny; by 126 members of the House of Representative and 18 Republican State Attorneys General, who joined in an effort to convince the Supreme Court to undo the election, an effort so meritless the court wouldn’t even take it up; by the majority of the Republicans in the Senate who still refuse to acknowledge Biden’s win; and by the right-wing news media and commentators who continue to trumpet the myth that Trump won and the election was stolen.

It won’t end there. The Republican message machine that sought to debilitate the Obama Presidency with birtherism and the repetition of other lies long disproved, has signaled an intent to similarly divert Biden from leadership. It began with the attacks on Biden’s son, Hunter, who may or may not have tax issues in Delaware. Whether, after an investigation, there are such issues won’t matter. Just as Trump and his minions unflinchingly continue to lie about Russian payments to Hunter Biden and insinuate issues about Hunter Biden and Ukraine, the Republican message machine will continue to attack the President’s son and demand that President Biden respond to allegations about Hunter.

Now comes the attack on the President-elect’s wife, Dr. Jill Biden. A Wall Street Journal opinion section piece argued she should drop the title of Doctor because she doesn’t practice medicine. (Her degree is in education.) It’s a short hop from there to the moment when they start to question the legitimacy of her degree, demand to see the transcripts of the university education that earned her the degree, ask for her attendance records and accuse Joe Biden of having improperly used his influence to get her the degree.

It won’t matter that none of it is true. That never matters to Republicans. They have just two purposes in their political lives – to lower taxes for the wealthy and corporations and to win the next election by any means necessary.

We’ve learned from four years of Donald Trump and the shameful actions of so many Republicans after the November election that no lie is too great to be uttered by Republican Party officials and gain purchase among Republican voters. What isn’t true they will make up.

From his shadow Presidency Donald Trump will continue to be the liar-in-chief. Republican voters will continue to accept his lies as fact. Republican politicians will shrink before him lest they incur his wrath and have him draw 20,000 people to a rally for their opponent in the next Primary Election. The right wing media will be a handmaiden of the effort. Social media will amplify each lie and the mainstream media will dog Biden and others for replies ad nauseum long after each lie is debunked.

As for the mainstream media and cable talking heads, they will dog Biden for responses to all these things and more under the guise of allowing the President to combat the untruths. In so doing they will keep the lies alive just as they assisted in keeping birtherism alive by repeatedly “providing” Obama with opportunities to counter the lie.