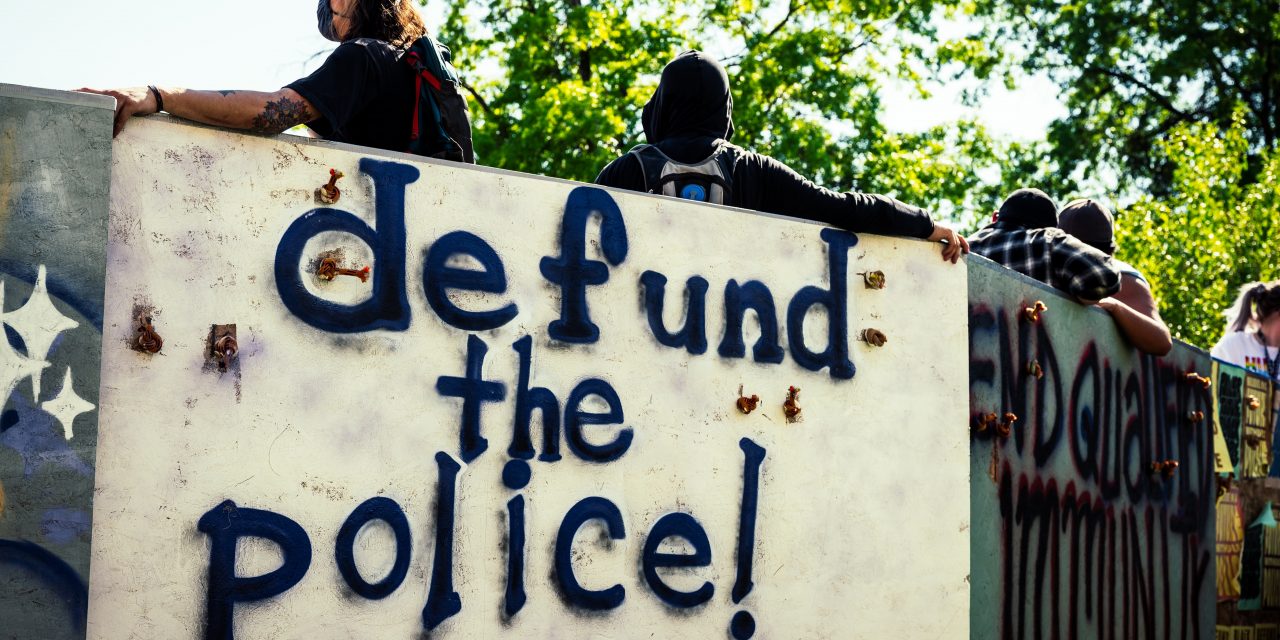 President Barack Obama doesn’t need me to defend him, but here I go anyway.

“Defund the Police” may be the worst political slogan I’ve heard during 66 years as a news reporter and political consultant. No matter what advocates claim to mean by “Defund the Police”, the words say ‘take money away from law enforcement’ and those words allow people to stop thinking about the issues of policing and the solutions to those issues.

That advocates have to go to great lengths to explain their position should in itself reveal the weakness of the slogan. And make no mistake, it is a slogan regardless of what the progressive echo chamber shouts at detractors, including Barack Obama.

Here’s what Obama said this week on a Snapchat political show: “If you believe, as I do, that we should be able to reform the criminal justice system so that it’s not biased and treats everybody fairly, I guess you can use a snappy slogan like Defund the Police. But, you know, you lost a big audience the minute you say it, which makes it a lot less likely that you’re actually going to get the changes you want done.”

For this Obama was lambasted by some of the self-appointed guardians of progressive orthodoxy.

Newly-elected progressive Representative Jamaal Bowman of New York tweeted: “Damn, Mr. President. Didn’t you say ‘Trayvon could’ve been my son?’ In 2014, #BlackLivesMatter was too much. In 2016, Kaepernick was too much. Today, discussing police budgets is too much.”

I have news for you, Ms. Bush, until you define what it means, Defund the Police is no less a slogan than Make America Great Again. The difference is Defund the Police is unambiguous: take money away from law enforcement with no hint at where that money should go. Make America Great Again is broad enough to allow everyone to supply their own definition of Great. If you want to reform the police then say ‘reform the police’ and let people supply their own definitions of reform.

As Obama said in that same interview, “If you say, ‘Hey, you know what? Let’s reform the police department so that everybody’s being treated fairly. And not just in policing, but in sentencing, how can we divert young people from getting into crime? And if there was a homeless guy, can maybe we send a mental health worker there instead of an armed unit that could end up resulting in a tragedy.’ You know suddenly a whole bunch of folks who might not otherwise listen to you are listening to you.”

In short, Obama is reminding us that some 70 percent of Americans supported proposals for police reform during the George Young demonstrations last summer and the number flipped to 65 percent in opposition as soon as they heard the words Defund the Police.

The star of the progressive world, the famous AOC – Congressmember Alexandria Ocasio-Cortez – weighed in also. But her contribution was more politically informed. “The whole point of protesting is to make people uncomfortable,” she said. “To folks who complain protest demands make others uncomfortable, that’s the point,” she tweeted.

I learned decades ago that you’ll get more accomplished in politics and government by being the moderate alternative to something than you ever will get done by being right. That makes the extremes of the left and right useful and sometimes necessary for those of more moderate postures. The center-left to center-right become the moderate alternative to the extremes of the Tea Party and progressives as they coalesce and get things done.

Progress through the legislative process is about compromise. If you want to limit something, it helps if someone has asked for a ban. If you want a million dollars appropriated for something, ask for two. In each instance people who opposed the initial demand will be relieved by the availability of a moderate alternative and be more apt to support that alternative lest they look unreasonable.

The result will not satisfy those at either extreme, the absolutists who tend to believe they are the source of all wisdom and right. But human nature dictates in government and legislating that moderation will succeed far more often that extremism.

Ocasio-Cortez is correct: as an attention-getter Defund the Police has been successful. But it is a position that cannot succeed because of its implicit extremism. No one is going to take away all the money from law enforcement. The slogan has, however, opened the door for the kind of policy changes Obama enumerated in his interview, most of which will need to be proposed, enacted and implemented at the local or state level across the country.