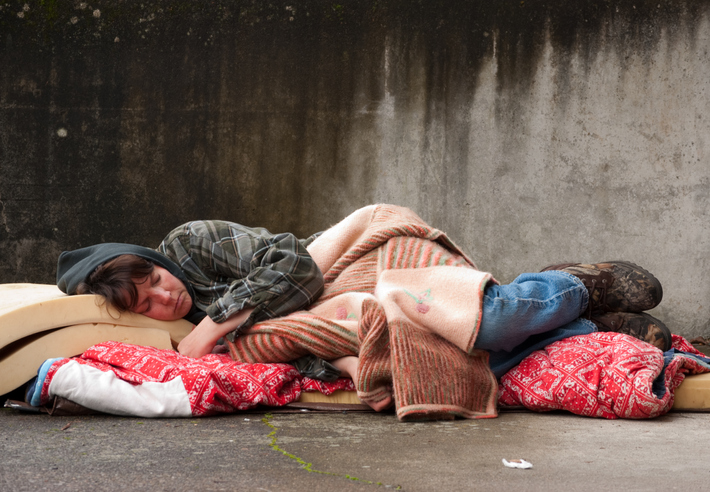 The idea that homelessness can be eliminated by building more housing makes about as little sense as the notion that adding freeway lanes is the solution to traffic congestion. In neither case can the supply keep up with the demand.

Drivers in any major city can testify that the day the new lane on the highway opens there are sufficient vehicles to keep traffic jammed at rush hour and beyond.

The same is true of the homeless situation. If we housed every homeless person in America tonight, absent some deep, difficult and fundamental changes we would wake up to a new homelessness population tomorrow. We would have moved the current visible homeless out of sight but done nothing to address the root causes homelessness.

As is true so often in the arena of public policymaking, the preponderance of so-called solutions to the homeless issue are reactive. Prevention gets scant attention. Yes, housing and support services are needed for the hundreds of thousands of homeless men, women and children who line our streets and highway underpasses and populate our parks and other public places in tents and makeshift coverings. But unless we stem the flow of new homeless, these are pyrrhic solutions.

Across the nation city councils struggle to meet residents’ demands to do something. What many if not most of those vocal residents really want is to remove the homeless from their neighborhoods. Where you take “them” and what you do with “them” are not of primary concern to those Not-in-My-Back-Yard citizens who demand action but mobilize opposition to the creation of housing options in their neighborhoods. “Do something” translates to “move them someplace else.”

The attention of local government officials tends to reach only as far as this segment of the homeless population because they are visible and an irritant to homeowners who vote. A variety of measures have gained favor among local elected officials and government departments. Chief among these are erecting clusters of tiny homes or renting vacated hotels and motels to provide housing for homeless people displaced from encampments, or opening more shelters. In some case these are accompanied by steps to provide job training or re-training, mental health services, drug and alcohol rehabilitation and other supportive services.

“A Coordinated Approach – To end homelessness, a community-wide coordinated approach to delivering services, housing, and programs is needed.

“Housing as the Solution – The solution to homelessness is simple – housing. Rapid re-housing is an intervention designed to quickly connect people to housing and services.

“Assistance for the Most Vulnerable – Sometimes people need longer-term rental assistance and services supports to achieve stability. Permanent supportive housing is a proven solution to homelessness for the most vulnerable.

Each of these are valid and humane approaches to aiding the visible homeless. But they don’t provide much of what is needed to serve the invisible homeless or keep new waves of homelessness from washing across our communities.

The invisible homeless sleep in their cars and trucks and go to underpaying jobs in the morning. They sleep for short times on couches in the homes of friends. They are the large number of homeless students at community colleges. They are the man who parked his white pickup truck in front of our house every night for several weeks and explained he lost his job, couldn’t pay his rent, left his apartment and was working as a handyman trying to put things back together. They are not addicts or mentally ill. They are people down on their luck for any number of reasons and struggling to swim against a daunting tide.

The leading causes of homelessness are known and documented: stagnant wages, unemployment or under-employment, lack of affordable housing, lack of affordable healthcare, lack of mental health and addiction treatment services, racial inequality, domestic violence and abuse, family conflict, personal hardship and lack of a support system. Often it is combinations of these and other factors that lead to poverty or an inability to succeed in society.

The real solution to homelessness requires a multi-pronged approach. The first may be the easier of the two but by no means easy. It would meet the needs of the existing visible homeless population. But cures for addiction don’t come easy and as a nation we are shamefully lacking in mental health services. Then, too, we must be prepared to swallow a bitter pill and recognize the politically incorrect reality that some people have issues so acute they require more than four walls and a roof. Perhaps many may require short or long-term institutionalization.

The second prong will require solutions to assist the invisible homeless and shut the spigot that produces new waves of homeless individuals and families. This will be the more difficult challenge because it will run head first into the issues of economic injustice, educational deficiencies and a wide array of other systemic challenges. This is the part of the homeless issue that gets scant if any attention from local government because it is beyond their ability to do anything about it. It’s one thing to shut down an encampment and move the inhabitants to motel rooms. But no local government has the resources to deal with the larger issue of what pushed these people into desperate circumstances.

To accomplish a goal of staunching the flow of new homeless will require a rethinking of many of the fundamental precepts underlying our economic and social systems. We cannot ignore the role under-education plays in setting people up for poverty and homelessness. We must stop accepting concepts like minimum wage and think instead of living wages. We must end the mindless adherence to a healthcare system that can drain a family’s resources or be so costly as to cause some to fail to seek treatment. The list of musts is extensive and difficult and expensive. To  convince the “get-them-out-of-my-neighborhood” crowd to support the changes needed and provide the financial resources to root out the causes of homelessness will be difficult if not impossible in a society that treasures individual liberty and rewards tax-cutting politicians above the common good.