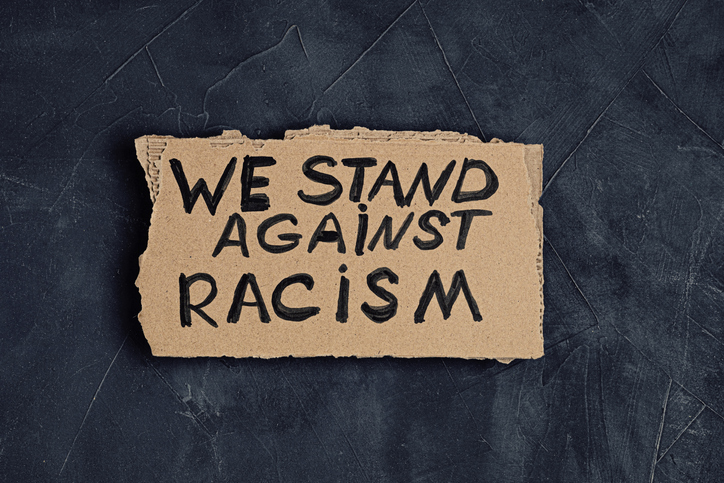 Sunday – Oct. 17, 2021 – There will be no baseball game in the Levine household tonight. I’ve been a Dodger fan since I saw my first game at Ebbets Field in Brooklyn in 1944. Baseball, not just the Dodgers, has been an important part of my life. But I won’t be watching the game from Atlanta tonight or listening to it on the radio.

I spent too much of last night being angry. I went to bed angry and I woke up this morning with lingering anger. I don’t like being angry. Aside from its health deficits, anger makes me unhappy and unsettled.

My anger was brought on not by anything that happened in the game on the field. It was caused by what was going on in the stands and being broadcast to the nation.

There is absolutely no chance TBS television will change its behavior for tonight’s game and refrain from showing frequent scenes of crowds of racists happily acting out their racism. I could mute the television so I don’t hear the mob chanting their racist tomahawk chop. But there is no chance the screen will not be filled with frequent pictures of that mob chanting and chopping.

Those scenes offend my sensibilities. So I will spare myself the anger and not watch the game. I’ll check the score occasionally on my computer while watching some sort of entertainment on TV.

I woke this morning wondering what would happen if those fans of the Atlanta baseball team were to show up in black face. They would tell us they are honoring the memory of Henry Aaron, one of the greatest players in the history of their baseball franchise, which dates back to Boston in 1871. It’s the oldest continuous sports franchise and the reason why this year’s Atlanta players are wearing a “150” patch on the sleeves of their uniform jerseys.

In a less-enlightened time it was acceptable to call the team the Braves and maybe even the chop and chant would not have raised an eyebrow. But this is another time. Many of us are more enlightened, although that enlightenment appears to be checked at the curb for those attending baseball games in a city that proclaims itself “the new south”.

The Atlanta baseball team is not alone. Fans of the professional football team in Kansas City also embrace the tomahawk chop, as do the Florida State University football fans and fans of the Exeter soccer team in England. According to Wikipedia, it may also be used by fans of hundreds of high school teams that cling to Native American imagery in their nicknames and mascots.

The chopping motion that accompanies the rhythmic chant has been called a racist stereotype and a caricature of Native American people derived from the scalping of enemies.

In any event, the Atlanta baseball team and the people who attend their games are aware of the controversy and the fact that the action is objectionable to many, including the Native Americans it mocks. They just don’t care and neither does TBS television. The fans persist in their chants and the television station persists in glorifying their racism.

The baseball Cleveland Indians and the football Washington Redskins were forced to change their names. But the Atlanta Braves and Kansas City Chiefs go marching right along with their names intact and their chops and chants alive. It’s 74 years since Jackie Robinson first stepped onto a major league baseball field and “broke the color barrier.” But racism is still alive in baseball and football.

So here I am, a Dodger fan and a baseball fan for 77 years. But apparently I hate racism more than I love baseball. So there’ll be no baseball in our house tonight. When the series shifts to Los Angeles Tuesday, I’ll turn the set back on.