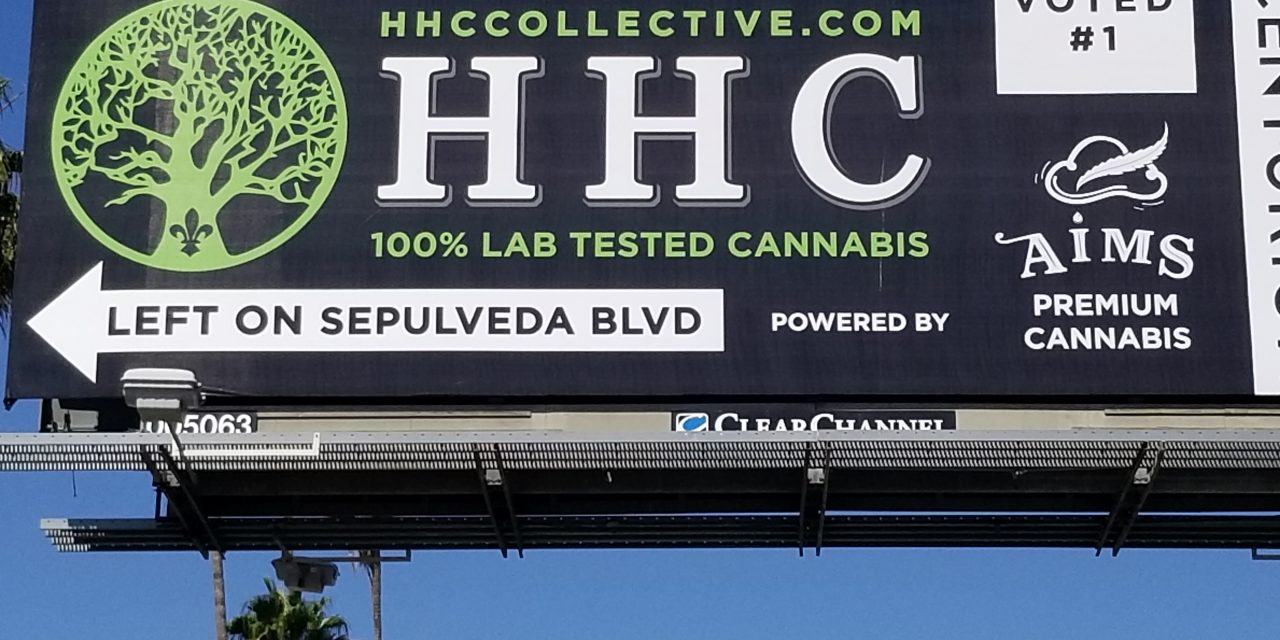 We are creating a society from which it’s easier to escape instead of working to create one from which people don’t feel the need to escape?

That thought emerged during a drive north through Central and Northern California, Oregon and Washington for a family visit. Giant roadside billboards seemed to be everywhere:

Perfect, I thought. Pull off the interstate, get high, and get back on at the next ramp.

Then there are the billboards all over Los Angeles. They give us phone numbers to call to get marijuana delivered to our homes or offices. They tell us where to make a left turn to access the nearest pot mart. Or they just proclaim,

Van Nuys is greater because of cannabis

None of this was supposed to happen. When they ran the California ballot campaign to legalize recreational use of marijuana, they promised there would be restrictions on advertising so it wouldn’t be visible to youngsters or along the highways. They also told us how much revenue the state and local jurisdictions would reap form taxing marijuana and no longer having to enforce laws against pot.

I shouldn’t be surprised it hasn’t worked out quite that way. Marijuana is a bandit industry. Sales flourished while marijuana was illegal because there were ample sources willing to sell the product in violation of the law and plenty of customers willing to buy it illegally. So, why would we expect all those bandit vendors to subjugate themselves to the new licensing regulations? Why would we not anticipate the black market would undercut the licensed shops and eat into the expected tax windfall? And why would we expect those who had smoked whatever they could get their hands on for years to suddenly become discerning and willingly pay more for a so-called quality product at a licensed shop when the same old cheaper stuff was still available?

I’ve known many marijuana advocates since I worked on an unsuccessful ballot initiative campaign to decriminalize the drug in California in 1972. More recently, I ran the successful City of Los Angeles campaign to establish a taxation and regulation structure after the statewide vote legalized marijuana for recreational use. Through the years, I’ve seen a nearly messianic zeal flow from advocates of legalization. Often, it seemed they needed others to become users as validation of their own use.

Within months after California’s vote to legalize recreational marijuana, a huge billboard appeared at a major intersection near our neighborhood. It was just outside the legally proscribed distance from nearby elementary, middle and high schools. Kids riding public transportation to school might unload from the bus in the morning and reboard in the afternoon within the shadow of that billboard. Parents driving their kids to and from the lower grades would stop at traffic signals opposite that billboard. Before the state had taken the required steps to license and regulate the various aspects of the fledgling industry that billboard screamed

Start the Day
GET HIGH

Next there appeared a small billboard on the side of the liquor store a few blocks from our house. It read:

WAIT
LESS.
SMILE
MORE.
Order Weed Online
(and there was a phone number)

When legalization was on the ballot in California, I did several speaking appearances at meetings of civic, service, and religious organizations that wanted someone to guide members through the complexities of a long list of ballot measures. When we came to the legalization measure, I would start by asking for a show of hands, all in favor, all opposed. Each time it ran about 40 percent yes, 30 percent no, with the rest undecided or unwilling to be identified. I then asked those in favor for the main reason for their position. The overwhelming response was “people are doing it anyway; we might as well tax it and stop spending so much money trying to enforce a ban.”

I then would ask why not apply the same logic to all drugs and narcotics: people use it, so let’s make it legal and tax it. Crack? Heroin? Meth? Shrooms? That was met every time by silence, but collecting tax revenue remained the most cited reason for supporting legalization. That and a) saving money being spent trying to enforce laws against marijuana, and b) stop overcrowding our jails and ruining peoples’ lives by arresting them just for lighting up a joint.

It’s been nearly six years since California voted to legalize recreational use of marijuana. Local government is saving money because law enforcement officers aren’t working on marijuana possession cases and the courts and jails aren’t dealing with marijuana cases. But the flood of tax revenue is falling far short of projections as the black market undercuts the legalized, taxed shops. A front-page headline on the Los Angeles Times a year ago read:

Illegal cannabis shops
thrive despite L.A.’s
efforts to rein them in.
The city shuts them
down, they reopen.

With licensed pot shops struggling and the vast majority of marijuana sales coming from illegal shops, Governor Gavin Newsom has proposed eliminating the tax on cultivation to drop the consumer cost of purchasing marijuana. That won’t help. As long as the illegal product can be had for less, that’s where buyers will go. Try to shut down the illegal shops and you’re all the way back to spending money to enforce the law, money we were told would be saved by making things legal.

The industry is proposing a reduction from 15% to 5% in the excise tax on marijuana. That would blow a hole in the revenue promised during the legalization campaign in 2016.

Proponents of recreational marijuana deny it’s a slippery slope toward legalization of other drugs. But in Colorado, the first state to legalize marijuana for non-medical use, Denver residents voted to decriminalize psychedelic mushrooms. Oregon, another early marijuana legalizer, voted in 2020 to legalize mushrooms. There are efforts afoot to lift the ban on shrooms in California. Advocates argue there are medical benefits in the “magic mushrooms”.

I’ve always had mixed feelings about the legalization of marijuana for recreational use. I understand the argument about the costs to society of enforcing a ban and putting large numbers of people in jail. I’ve seen in my own family and among friends the apparent benefits of the medical use of marijuana, I’ve also seen how marijuana can lay waste to a life.

Therein lies the rub. If we acknowledge that marijuana can dull pain, quell nausea, and stimulate appetites as a medicinal product, how can we accept the notion that recreational use is harmless? I can’t. It either affects the body, or it doesn’t. You cannot argue that marijuana’s medicinal qualities impact the mind and body in favorable ways but use of the same drug for recreational purposes does not affect the mind or body at all.

If those signs along the highway and in my neighborhood are any indication, it appears that as tobacco smoking has become less socially acceptable owing to the efforts of non-smokers’ rights organizations, public health advocates and legislators, we are on the road toward making marijuana use more socially acceptable. That’s a genie that won’t go back into the bottle any time soon.